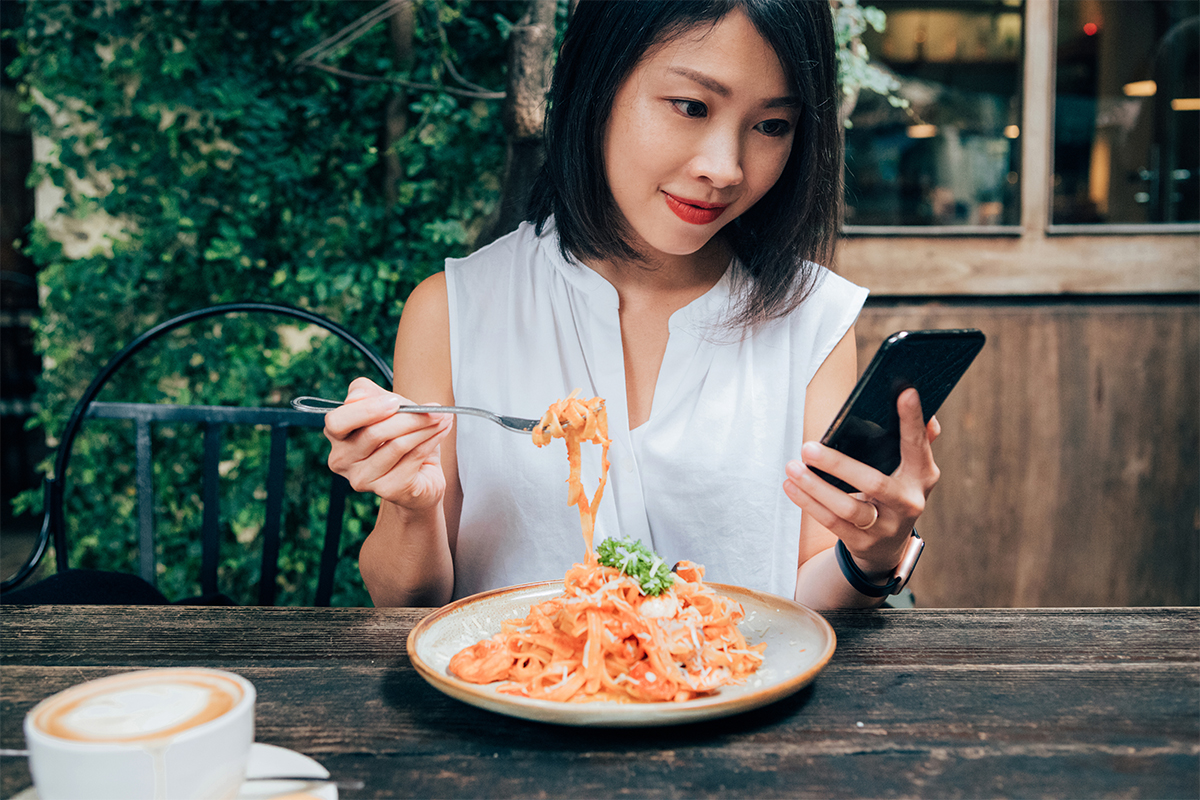 Smartphone scrollers, beware: Stuffing in food while doing something perceptually demanding makes it more difficult to notice when you feel full, potentially leading to overeating. As reported in Appetite, 120 adults consumed either a low- or high-satiety drink (75 calories vs. 272 kcal with a thicker texture) while simultaneously completing a task that was either low or high in perceptual demand. Participants who received the high-satiety drink and were assigned the task with low perceptual load felt more satiated and ate 45% less of a snack offered to them afterward.

On the flipside, participants whose senses were taken up by a highly engaging task were less able to tell when they felt full and ate more of the snacks offered to them.

The researchers concluded that a person’s ability to notice when the body feels full depends on how much available attention remains in the brain. When our attention is placed on a video game, an engrossing thriller or a social media feed, our brains have less capacity to register fullness. The takeaway? Keep your attention on what’s on your plate, not what’s on a screen, to keep daily calorie intake in check. All that Halloween candy doesn't have to be so scary! Irregular sleep schedules can lead to a higher BMI.