Resistance training does much more than build strong muscles and bones. Research in the past few years has confirmed that resistance training affects metabolism in ways that improve health and well-being. That’s good news for clients with type 2 diabetes, high blood pressure, obesity and high cholesterol levels.

This article synthesizes the major ways resistance training affects metabolism, as confirmed in recent research. We also outline mechanisms leading to metabolic gains and discuss how these positive changes relate to your training clients and your fitness practice.

Diabetes mellitus affects people who do not produce insulin (type 1) or who do not respond well to insulin (type 2). The National Diabetes Statistic Report, 2017 (CDC 2017) provides the following statistics:

Participants were divided evenly into four groups. The aerobic group trained on treadmills, ellipticals or stationary bicycles—progressing from 20 to 60 minutes at 60%–75% of HRmax—on 3 nonconsecutive days a week. The resistance group trained on weight machines 2 days per week in the first month and increased to 3 nonconsecutive days per week for the rest of the study. They initially trained 1–2 sets (first month) at 60% of one-repetition max (1-RM) and progressed to 3 sets of 8–10 repetitions at 75% of 1-RM on 10 different upper- and lower-body exercises. The combined group did the aerobic program plus the resistance program 3 days a week.

After 52 weeks, 60 study participants (15 per group) were included in a statistical analysis. A1c values favorably decreased by 1.33%, 0.55% and 1.74% in the aerobic, resistance and combined groups, respectively. The authors note that previous research suggests an A1c reduction of 0.66% is an excellent marker for improved glycemic control. The control group had an unfavorable 0.2% rise in A1c. Yavari et al. conclude that combining resistance and aerobic exercise clearly shows an additive effect for preventing or managing type 2 diabetes.

Studies suggest that resistance training improves glucose clearance and insulin sensitivity by increasing the concentration, activity and/or sensitivity of GLUT4, insulin receptors, protein kinase B beta and glycogen synthase (Holten et al. 2004). GLUT4, insulin receptors and protein kinase B beta are proteins that help to transport glucose into muscle cells for energy. Glycogen synthase assists in converting glucose molecules into stored glycogen in the muscle (to be used eventually for energy needs)

The American Diabetes Association position statement (Colberg et al. 2016) recommends using 8–10 exercises (a total-body program). Start with 1–3 sets of 10–15 repetitions until near failure. Progress to a moderate intensity where no more than 15 reps can be performed with each set. For a vigorous weightlifting program, perform 6–8 reps to failure for each exercise. Do the training a minimum of 2, and preferably 3, days per week. To progress the program, Colberg and colleagues recommend adding more load (e.g., from 10–15 reps, progress to 6–8 reps to failure), then doing more sets (upping the number to 3) and then increasing frequency (from 2 to 3 days weekly).

Optimum dose for blood pressure improvement. Scientists have evaluated the dose-response relationship between resistance exercise and changes in blood pressure (Westcott et al. 2009). For 10 weeks, 1,619 untrained and sedentary adults (77% women, 23% men; aged 21–80) engaged in one, two or three exercise sessions per week. Each session consisted of 20 minutes of aerobic training (70%–80% of age-predicted HRmax; rating of perceived exertion under 15) and 20 minutes of weight training (1 set; 8–12 repetitions to volitional fatigue; 10 exercises, working the whole body).

Subjects performed four rounds of circuit resistance training (15 reps at 55%–60% of 1-RM) in this order: chest press, leg extension, latissimus dorsi pulldown, hamstring curl, shoulder press and heel raises (note the alternating upper- and lower-body sequence). There was no rest between sets and only 1 minute of rest between circuits.

After 30 training sessions (3 per week, on nonconsecutive days, over 3 months), PHA participants had significantly reduced their systolic (-2.59) and mean arterial (-1.69) blood pressure. Mean arterial blood pressure is the average blood pressure in a person’s arteries during one heartbeat. These results corroborate a research review by Cornelissen & Smart (2013), which analyzed 93 studies and concluded that resistance training reduces systolic pressure (-1.8, on average) and diastolic pressure (-3.2, on average).

Though most research on training and blood pressure focuses on the influence of cardio exercises, some interesting findings on resistance training have emerged. For instance, one experiment examined the effects of 1 year of weight training on vascular structure and function in overweight, but otherwise healthy, women (Olson et al. 2006). The primary finding was that weight training alone improved brachial artery endothelial function in this group. The endothelium is a membrane on the inside of blood vessels in the body and heart. Endothelial cells release substances that control blood vessel contraction, relaxation, clotting and immune function. They are deeply involved in blood pressure regulation.

In another study with 18- to 35-year-old adults diagnosed with prehypertension (Beck et al. 2013), an 8-week resistance training program (3 times per week) reduced peripheral blood pressure (arms, hands, legs and feet), improved endothelial function and enhanced other blood vessel substances involved in the regulation of vascular tone (the degree of constriction in blood vessels when fully open).

To protect prehypertensive and hypertensive clients and to improve endothelial function, make sure resistance training is not performed to concentric failure. In a research review (de Sousa et al. 2017), programs that successfully reduced blood pressure (when elevated) had participants doing 7–10 exercises (working the major muscles of the body) 3 days per week at 40%–80% of 1-RM. Participants progressed to 2–3 sets of 8–15 repetitions, with 60-180 seconds of rest between sets. Participants were divided into 3 groups. During the 9 months, all of them did the same training sessions, but each group received a different type of supplementation (whey protein, soy protein or carbohydrate). RMR increased in participants by approximately 5%. There were no group differences in RMR increases due to the supplementation.

The HIIT and resistance trials showed similar EPOC values at 12 and 21 hours after the workouts, significantly higher than the results for the steady-state aerobic trial. EPOC for the resistance/HIIT groups was 15% above baseline at 12 hours and 12% above baseline at 21 hours. In practical terms, the study calculated that weightlifting/HIIT burned an impressive 300 more calories in 24 hours than the steady-state aerobic training.

Muscle mass and thyroid hormones have a profound effect on RMR. Apart from building lean body mass, resistance training may trigger metabolic changes in muscle that influence thyroid hormones, though more research is needed in this area (Aristizabal et al. 2015).

To boost RMR, it’s a good idea to use periodized programs in which participants cycle progressively through various aspects of training and there are systematic changes in intensity and volume (Aristizabal et al. 2015). For maximum EPOC, use compound exercises that recruit as much muscle mass as possible at higher intensities relative to a person’s fitness level (Greer et al. 2015).

The study found a clear dose-response relationship between the number of sets and hypertrophy, the scientific term for muscle growth. In counting weekly sets per muscle group, the researchers found that significant hypertrophy occurred with the following: <5 sets (+5.4%); 5-9 sets (+6.5%); and >10 sets (+9.6%). This hypertrophy spectrum provides personal trainers with training guidelines that can be adjusted to suit clients’ preferences and fitness levels.

Research on Resistance Training and Cholesterol

Fahlman et al. (2002) compared the effects of resistance training versus aerobic exercise on blood lipid profiles, the scientific term for cholesterol levels, in 45 healthy, active women (aged 70–87) whose cholesterol markers fell in the normal range. Aerobic exercise consisted of walking 3 days per week at 70% of heart rate reserve. The women walked 20 minutes on the first day and added 5 minutes per day until they reached 50 minutes after week 3.

Weight training consisted of total-body exercises performed 3 days per week, with 3 sets of 8 repetitions to momentary muscular fatigue (adjusted weekly during the 10 weeks of training). Rest between sets was 2 minutes. The regimen used 3 sets of leg extension, leg curl, plantar flexion and dorsiflexion; 2 sets of hip flexion and hip extension; and 1 set of hip adduction and hip abduction.

Researchers published an excellent review summarizing how cholesterol levels respond to aerobic training, resistance exercise and combined (aerobic plus resistance) regimens (Mann, Beedie, & Jimenez 2014). Based on analysis of 13 published investigation and two review articles, the researchers concluded that an increase in volume—reps x sets x load—improves cholesterol profiles more than an increase in intensity. The scientists also suggested that blending aerobic training and weightlifting creates a synergy that drives optimal improvements in cholesterol profiles in men and women.

See also: Resistance Training for Muscle Size: How Many Days Per Week Is Best?

Some researchers want to know if resistance training provides an alternative path to improving cardiovascular fitness. Further knowledge is welcome because heart and lung health is a powerful predictor of all-cause mortality, regardless of pre-existing health conditions.

The most common measure of cardiorespiratory health is VO2max, the maximal rate of oxygen consumption, distribution and use for energy during exercise. A recent systematic review and meta-analysis explored circuit training programs that improve VO2max (Munoz-Martinez et al. 2017). The researchers found that circuit-based resistance training can increase VO2max by an average of 9.7%—a remarkable result. Their review recommended that programs include

The options are close to unlimited for designing circuit resistance training programs to improve cardiorespiratory health. That empowers personal trainers to be creative while staying within the guidelines of established evidence.

The playbook is wide open for personal trainers who want to use weightlifting to improve clients’ metabolism. You’re limited only by your creativity and imagination. We encourage you to use a variety of resistance methods (free weights, suspension exercise, battle ropes, kettlebells, etc.) to build dynamic, fun and engaging programs that are a great match for your clients’ goals and needs.

Increasing muscle size and strength has numerous positive implications, including lowering blood pressure and cholesterol levels and improving insulin sensitivity, lipid profiles, cardiovascular function and body composition. The message is clear: Lift weights, build muscle and improve your quality of life. With every rep, we all get stronger!

Schoenfeld, B.J. 2010. The mechanisms of muscle hypertrophy and their application to resistance training. Journal of Strength and Conditioning Research, 24 (10), 2857-72.

Strasser, B., & Schobersberger, W. 2011. Evidence for resistance training as a treatment therapy in obesity. Journal of Obesity, 482564. 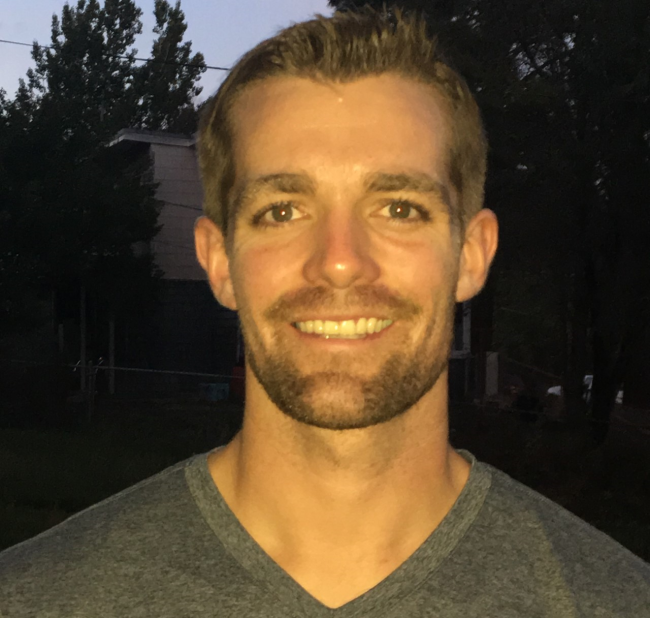 Zachary Mang, PhD, is a postdoctoral research associate for the wellness program at the Los Alamos National Lab where he specializes in strength and conditioning for structural firefighters. His research interests include resistance training for hypertrophy, oxidative adaptations to resistance training, and the use of resistance training as a frontline defense to prevent chronic disease.