Help participants individualize and quantify a ride that has real-world power application. As interest in cycling continues to grow—both on and off the road—equipment and technology advancements are pushing athletes and exercise enthusiasts to achieve their best performance levels. The addition of power meters to many cycles has given instructors the ability to measure feedback and improvements. Understanding power and its application to indoor cycling opens up a whole new instructing dimension and allows you to help riders customize their workouts.

Power quantifies workouts. Whereas heart rate measurement provides a physiological response, power determines mechanical output. Power measures how hard and at what velocity a rider applies pressure to the pedals; it’s the product of force multiplied by velocity (Keiser 2010). On an indoor cycle, the gears provide force, and velocity is measured as cadence and displayed as revolutions per minute (rpm). Because power combines both force and velocity, pedaling for a set amount of time will generate a certain amount of work, or watts.

As a point of reference, beginning cyclists may generate approximately 75-100 watts. A more regular participant may exceed 100 watts. Pro and
elite cyclists may achieve greater out-puts—400 watts and beyond. These averages, however, are only estimates. Power varies greatly from rider to rider and depends on fitness level, skill, weight and strength.

Comparing average watts from one rider to the next doesn’t provide a true power picture. You might presume that a heavier cyclist with a fairly high postworkout watt average would be a more powerful rider than a smaller, lighter cyclist. However, this is not necessarily so. To determine who is more powerful, you must calculate a power-to-weight ratio. For an accurate comparison, divide average power (measured in watts) by body weight (measured in kilograms). The more powerful rider will have the higher wattage per kilogram of body weight.

Why Train With Power

Individualization. Teaching power provides an individualized approach in which participants adjust the intensity of any drill as needed. For example, if you cue participants to increase an interval set by 20 watts, responses will vary. Because force and velocity impact power, cyclists may choose to add more gear. Or, if they prefer their current gear, they’ll increase cadence. They could also adjust gear and rpm. You set the power parameters, but each person chooses how to respond.

Specific watt ranges. Similar to the concept of working within heart rate zones, power training zones utilize specific ranges to improve physiological and mechanical performance. You determine baseline power through basic testing. A cyclist can then train in the power zones that are specific to the physiological response he desires.

Variety. As many indoor cycling instructors can attest, coming up with interesting drills and training plans requires creativity and planning. Power training provides options for new drills and gives new meaning to previously used rides and drills. For example, if you taught a pyramid drill using rpm last week, you could teach it using watts this week.

Crossover. Both indoor and outdoor cyclists benefit from power training. An outdoor cyclist who wishes to improve her riding performance can use the studio environment as a platform for power testing and application. Without the influences of a changing outdoor environment, cyclists may be able to hold specific wattage ranges longer and successfully repeat training plans and programs. The indoor rider, whether new or experienced, benefits from correct progressions and advanced training techniques.

Measurable results. People like to measure improvements, and when you determine baseline power, you establish a starting point that can be compared workout to workout. Power meters provide instant and ongoing feedback for specific goal setting.

A challenge many instructors face is the indoor cycling enthusiast who pedals very quickly with little or no resistance. More often than not, this approach results in unsafe cycling technique and poor output. Higher cadence does not directly correlate to a harder workout.

To teach why resistance and velocity matter, have participants self-select a gear and cadence while noting power. Ask them to play with various gear and cadence combinations; for example, lowering the gear but increasing the rpm, and then increasing the gear and lowering the rpm, noting changes in watts at each transition. Last, cue riders to pedal at approximately 80-90 rpm at the highest gear manageable. They will be noticeably surprised at how much higher their output is.

With any training plan, it’s important to establish a baseline. It’s challenging to progress training plans when participants don’t attend classes regularly. However, this should not deter you from establishing testing protocols. Measurements need not be complex, but there does need to be a baseline in order to track performance, individualize goals and compare results.

Functional threshold power (FTP) is the highest power a rider can maintain in a quasi-steady state for approximately 1 hour without fatiguing (Allen & Coggan 2010). Lactate threshold (LT) is the point when exercisers begin to accumulate lactate in their blood. An exerciser’s performance and endurance abilities are tied to his or her LT. Even though maximum oxygen uptake (VO2max) sets the upper limit of aerobic energy production, it is the LT, or an individual’s metabolic level, that determines the percentage of VO2max used within a certain amount of time (Allen & Coggan 2010).

Although LT is the main determinant in short, intense bouts, any effort level is relative to power output and its relationship to LT. From a program design and training aspect, there’s a corresponding physiological basis to power-meter-based training programs (Allen & Coggan 2010). You can test LT levels in a lab environment; however, working with a power meter provides excellent FTP feedback.

As previously stated, the highest power a rider can sustain without fatiguing is his FTP. When power exceeds FTP, the rider will tire more quickly than if he rides just below his FTP. A 1-hour time trial is the most direct measurement method. However, most riders cannot sustain the effort and focus required for this. Therefore, a 20-minute FTP test is a more realistic testing approach and correlates quite highly with the 60-minute test. Because 20 minutes is a shorter time frame and the anaerobic system is stressed more than in a 60-minute test, subtract 5% from the final score (Allen & Coggan 2010).

If you want to implement a 20-minute FTP test correctly and repeat it at a future date, ensure that the testing protocol closely replicates the original test. It’s easier to instruct and perform an FTP test indoors than it is outdoors. However, it is still necessary to man- age some of the variables. While you don’t have to contend with terrain and weather conditions, you do need to be aware of music choice and tempo, motivation and coaching.

Begin the test with a 10- to 15-minute warm-up, including a few sets of faster efforts. Next, reset the power meter and start the test with a moderate attack, fol- lowed by 20 minutes of strong and steady effort. At the completion of the 20-minute FTP test, immediately note the rider’s average watts. Complete the session with an extended cool-down and stretch.

For a summary of Jane’s power levels based on FTP, see the sidebar “Power-Based Training Form.”

After participants complete an FTP test and establish their individual training zones, you can apply that information to future workouts. Thus, if Jane wants to build a solid endurance base and enhance her cardiovascular fitness level, she may want to train at Zone 2: Endurance. If a high-intensity interval-training drill calls for riders to work at Zone 5: VO2max for short and challenging intervals, Jane would need to hit a personal target of 151-172 watts.

Power training opens up a whole new component in indoor cycling. Not only does it provide regular and ongoing feedback; it is also effective, motivating and results oriented. As with anything new, there is a learning curve for both the instructor and the participants. Once you understand power and apply the key concepts, however, the benefits will come quickly and participants will look forward to the next ride. 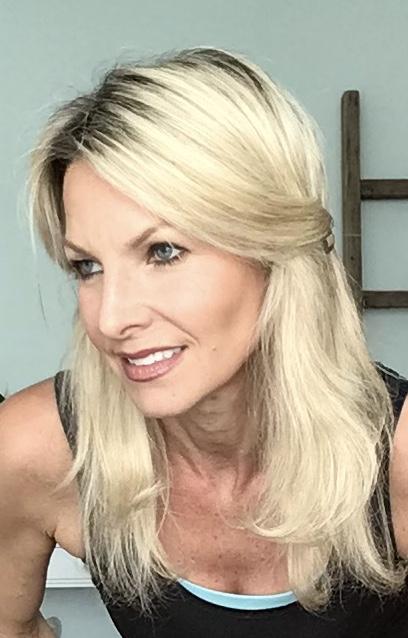 Krista Popowych inspires fitness leaders, trainers and managers around the globe with her motivating sessions. She is the 2014 IDEA Fitness Instructor of the Year and a three-time (2016, 2008, 2003) canfitpro Canadian Fitness Presenter of the YearShe is Keiser’s global director of education, as well as a Balanced Body® master trainer, JumpSport® consultant, DVD creator, published writer, Adidas-sponsored fit pro and IDEA Group Fitness Committee member.