Parkour gyms have seen increased demand as the training protocol has been featured more and more in films and commercials. The increasing popularity of American Ninja Warrior also helps, observes Ryan Ford, cofounder of APEX Movement, which now has five locations.

“This year’s American Ninja Warrior was the most popular season yet, so it’s not uncommon that new people come through our door and ask if we have things like a salmon ladder [a popular ‘obstacle’ featured on the television competition]. ANW has generated quite a buzz.”

Ford has been in the parkour gym game since 2006, when he opened his first location, which at the time was one of only three worldwide. He now has a number of gyms in Colorado: in Denver, Boulder and Fort Collins, and a satellite program in
Colorado Springs. He opened a gym near San Francisco about a year ago, and San Diego is next on his list.

UP FROM “THE UNDERGROUND”

“I’ve been training in parkour since late 2002, when it was a fledgling discipline and very underground,” recalls Dan Edwardes, cofounder of Parkour Generations in the United Kingdom. “Back then there was no teaching, no access and only a handful of people on the planet who knew what it was. But it grabbed me as soon as I encountered it, and I’ve been training ever since. Along with several other pioneers and early practitioners from France and the U.K., I’ve ended up building what is now the world’s largest professional parkour organization.”

He helped found Parkour Generations in 2005 and went on to open The Chainstore Parkour Gym in London. He describes the facility as “raw, functional and simple.”

“[It] isn’t your standard gym with rows of useless treadmills, TV screens to distract you from the present moment of what you are doing, etc. The place changes and grows organically all the time, with the parkour zone being modular so that it can be altered every few weeks to present new challenges and training tasks. So you have to adapt all the time, which again is what your body has evolved to do.”

Edwardes adds that the space isn’t designed to be a soft, comfortable zone, because he believes that physical improvement comes from overcoming difficulty.

“Think of it as a circle of sand for boxers or fighters. It’s not designed for comfort; it’s designed to challenge you and make you the best you can be.”

To learn more about the rising fitness trend of specialty gyms, please see “Thinking Outside the Gym Box” in the online IDEA Library or in the February 2015 print issue of IDEA Fitness Journal. If you cannot access the full article and would like to, please contact the IDEA Inspired Service Team at (800) 999-4332, ext. 7.

Given the unique nature of parkour gyms, finding a comprehensive, cost-effective insurance policy may require a bit of legwork. Mylo Villanueva struggled for some time before locking down the right coverage with the right company. He suggests looking to the USA Obstacle Racing Association (www.obstacleusa.com) for guidance.

Unlike Villanueva, Alex Nicholas had little difficulty acquiring insurance for his two gyms. “I reported to my insurance company what I have—I had to list all the equipment—and they gave me a rate based on what I told them I use,” he says.

Andres Schwartz’s insurance is through CrossFit, but that’s because his obstacles aren’t terribly risky or complicated. He explains: “If I built a climbing wall, then I’d need to look at different insurance. Another consideration that might require further research is if we were to do something like parkour.”

Ryan Ford, who has also experienced difficulty obtaining insurance, believes that this will change as soon as insurance companies better understand what these specialty gyms offer. And as the popularity of these gyms grows, insurance companies will be more eager to provide appropriate coverage to cater to them.

IDEA provides liability insurance, through Philadelphia Insurance Companies, to cover CrossFit instructors and facilities throughout the U.S. For more information, visit www.ideafit.com/insurance or call the IDEA Inspired Service Team at (800) 999-4332. 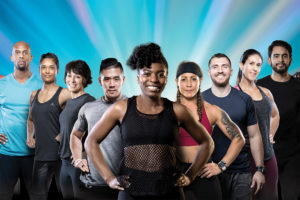 Gym owners will be able to seek more relief from the EIDL program.