Standing the Test of Time

The client relationships you begin today can last a lifetime.

“Returning to Pilates has changed my life,” says Linda Arroz. That’s a powerful affirmation, but Linda’s journey with trainer Jillian Hessel has power to spare. Their story extols the virtues of focusing on health over weight and building connections that stand the test of time.

The Foundation of a Lasting Partnership

It began in 1994. Hessel, a multicertified master Pilates teacher, remembers her first meeting with Linda.

“She was editor in chief of Big Beautiful Woman magazine and was interested in doing a Pilates makeover story,” says Hessel. “Pilates was just starting to become popular, and I thought I could use some press for my business.” They began with a 90-minute introductory session.

“We did a fitness history, a health screening and a posture analysis, which is one of my trademarks,” Hessel explains. “Linda weighed around 240 pounds at this time, [but] I want to emphasize that her goal was not necessarily to lose weight. She wanted to feel and move better and improve her posture and stamina.”

“Before” pictures showed a pronounced forward head, rounded upper back and distinct lordotic spine. Hessel adds, “She had a pronounced ÔÇÿQ’ angle at the hips, with medially rotated femurs, and bilateral collapsed arches with severely pronated feet.”

This detailed assessment helped Hessel create an equally specific plan to realign Linda’s posture. “We needed to strengthen her lateral hip rotators and work with the intrinsic muscles of her feet to correct the collapsed arches. We also worked to lengthen her neck extensor muscles and strengthen the upper-back muscles to correct her forward head.”

In 1995, Linda published her story, writing, “The transformation I have experienced in 5 months of sessions has been profound . . . I am much stronger, and I feel confident in the way I look as a large woman. The lessons I have learned about movement will stay with me for the rest of my life.”

“Flash forward to today,” says Hessel. “We are both 64 years old, and Linda has returned to Pilates. She now has the challenges of a past hip replacement and broken foot. She’s developed a Trendelenburg gait [generally indicative of hip abductor weakness] from limping for a long time and has many of the same issues she came to me with 25 years ago.”

The two have settled back into a successful training relationship. “In just weeks I was getting results,” says Linda. Her ability to stand has progressed quickly, and she’s been able to increase her daily step count from 5,000 to 15,000.

Hessel recommends setting realistic goals and reevaluating often, a philosophy that resonates with her client.

“The encouragement from Jillian has really boosted my confidence,” says Linda. “This positive energy carries over; every day, I hear Jillian’s voice in my head, guiding me to continue the personal growth and physical improvements.”

The respect is mutual.

“I am honored to work with Linda—we make each other better,” says Hessel. “Check back with us in another 10 years!”

Do you have a client who has overcome the
odds to achieve new heights in health and fitness? Send your story to [email protected], and you and your client may be featured in an upcoming issue of Fitness Journal. 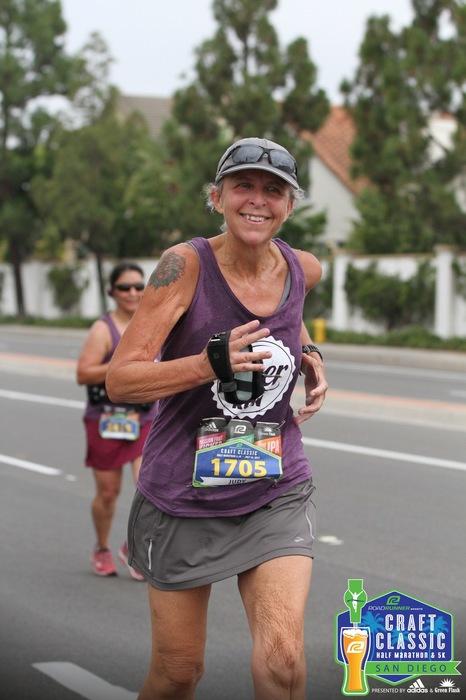