Exercise results can be improved with proper use of a heart rate monitor. Our heart’s physiological response to changes in exercise intensity during physical activity can be both monitored and measured to better manage a cardiovascular training (CVT) experience. A heart rate monitor is an accurate tool for measuring these changes. According to cardiovascular expert Sally Edwards of Sacramento, California, author of The Heart Rate Monitor Guidebook to Heart Zone Training (Heart Zones Publishing 2010), “You only need two pieces of gear to work out: a good pair of athletic shoes and a heart rate monitor.”

Why is it important that clients use a heart rate monitor? And more important, how do you guide them in its use?

If an athlete wants to train rather than just to work out, using a heart rate monitor to zone in on the right intensity can help track the workout in an intelligent way. Quantifying an activity makes it possible to plan a course of action based on the outcome measurements and the monitoring of that activity. Clients can use a heart rate monitor to gain an accurate picture of workout intensity, putting absolute numbers such as 160 beats per minute (bpm) into relative numbers or percentages of maximum or threshold.

For example, if the number for a client’s low threshold (the first metabolic shift from increased intensity) is 140 bpm and the maximum heart rate (HRmax) from a field test measurement is 160 bpm, then the relative number (or percentage) is about 88% of HRmax (also referred to as Zone 3: Aerobic Zone). “Low threshold,” or “first threshold,” is referred to as T1 (Foster & Procari 2010).

For decades, fitness enthusiasts have used the 220-minus-age formula (age-adjusted maximum heart rate formula) to mathematically calculate HRmax and thereby derive cardiovascular training zones. According to Carl Foster, PhD, FACSM, professor of exercise and sports science at the University of Wisconsin, La Crosse, and past president of the American College of Sports Medicine, “The formula’s 220-minus-age is useless. There is no scientific validation for it.” To replace this generalized formula, Edwards has developed a half-dozen user-friendly field tests to determine both maximum and threshold heart rates that result in personalized zones for each individual. “The only way to safely and accurately estimate maximum heart rate,” she says, “is to take a submax field test. We can no longer rely on equations that were fabricated and invalid.”

See also: Is There a Best Place to Wear a Heart Rate Monitor?

A biomarker is a measurable physiological change in response to exercise intensity. One important application of biomarkers is to set training zones. Using biomarkers as anchor points provides a way for individuals to measure and train at relative intensities (Foster & Cotter 2005). 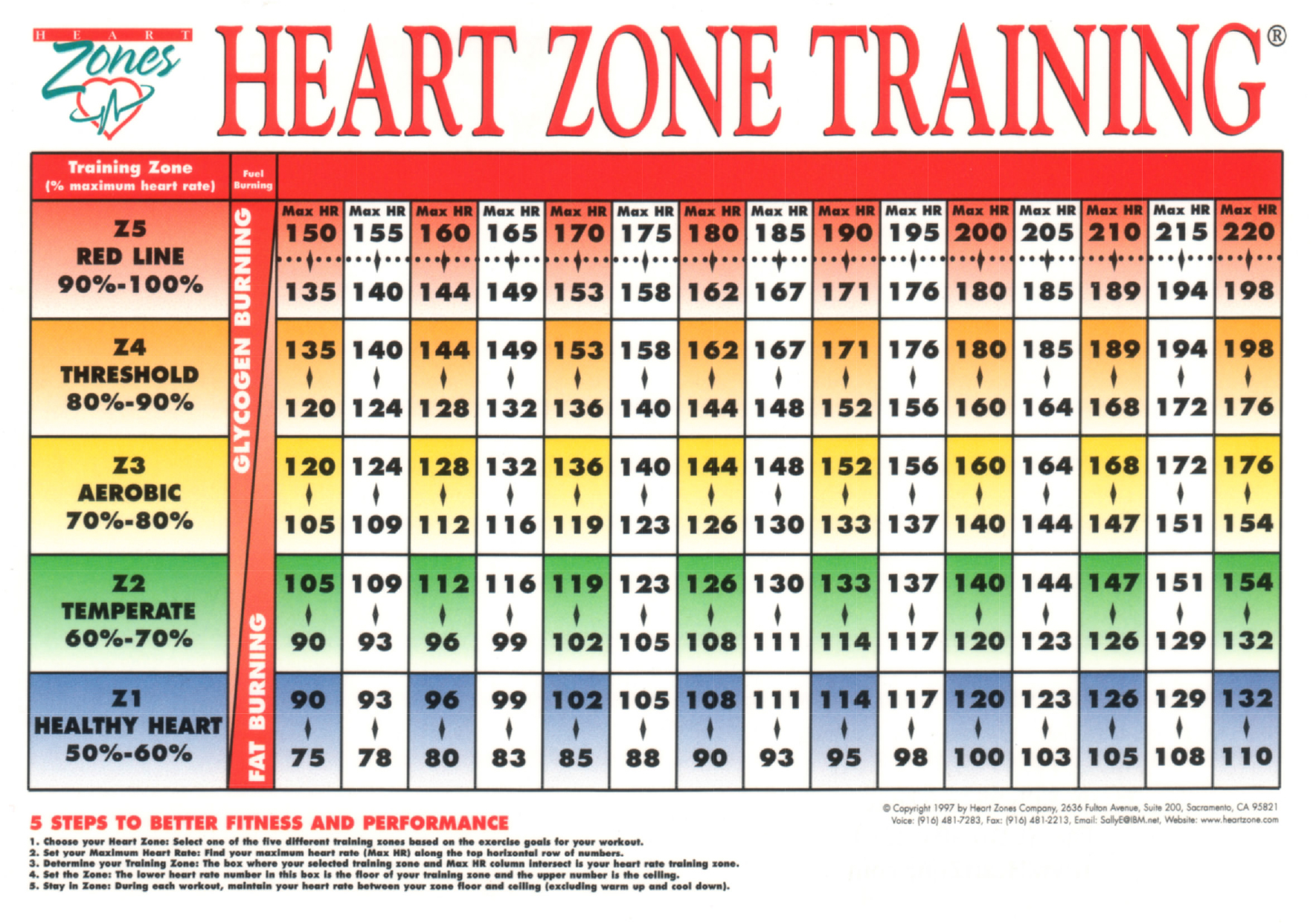 There is a direct relationship between ventilatory threshold and blood lactate levels. “Increased lactate production occurring exclusively during high-intensity exercise is natural” (Robergs & Roberts 1997). The first threshold is “when lactate first begins to rise above the steady-state baseline level” (Foster & Cotter 2005).

According to Edwards, “Regardless of how different physiological biomarkers are measured, the first lactate threshold LT1 and the first ventilatory threshold VT1 happen at almost the identical intensity and therefore can be used as surrogates or substitutes for each other.” At the high threshold, T2—“when lactate is one millimole per liter above the baseline level” (Edwards 2010)—a person can no longer comfortably speak because the effort is so strenuous. Knowledge of clients’ HRmax and the two thresholds allows trainers to design a training approach that uses these two threshold heart rates. Training above steady state for an event or to improve speed takes place between these two heart rates: T1 and T2.

Fitness professionals used to refer to this second threshold as the “anaerobic threshold.” However, exercise scientists no longer use this phrase, as “anaerobic” refers to a lack of, or insufficient, oxygen. To say that at either of the two thresholds exercisers no longer have enough oxygen to continue at that pace is inaccurate. According to Foster (2010), “A metabolite called pyruvate is produced in greater and greater amounts during higher and higher intensity exercise. It is not the lack of oxygen that causes the fatigue but rather the production of pyruvate. As you exercise harder, your ability to remove lactate decreases.” A buffering process takes place, which produces water and carbon dioxide. “You breathe it out, which leads to a relatively sudden increase in the amount of breathing, which we typically call the ventilatory threshold, VT1 or T1.”

Physiological Markers and Their Application

While everyone is born with a set HRmax, a number of factors—including altitude, emotional stress, training status (overtraining or fatigue), medications and drugs—can affect both HRmax and the exercise heart rate. If HRmax decreases owing to one or more of these conditions, it is important to adjust clients’ training zones to accommodate the change.

Client: Peter, age 53.
The two submax tests (see the sidebar “Heart Rate Monitor Field Tests”) were administered to Peter, who cycles outdoors 4 days a week. Even though he is consistent with his riding, Peter was one of the last finishers in a 100-mile road race. He wanted to increase his speed. He had used a heart rate monitor for years but did not know how to interpret the information from it.

The results of his submax tests were as follows:

With Peter’s estimated HRmax, zones and two thresholds in hand, the trainer recommended that Peter add interval training to his workouts. To increase his speed, he had to ride faster, even if this was uncomfortable. He needed to spend more time in Zone 4.

Exercise Prescription for Peter. Warm up 1 day per week until he attains a heart rate of 153 bpm. Interval train by attempting to go above 153 bpm by 3-5 points and hold for 30 seconds, 60 seconds and 90 seconds at least 3 times during his ride.

Results. Peter progressed to holding the 3-5 points for 2 minutes, recovering and repeating the interval. He is currently able to pass other riders without being “winded.”

As shown in this example, Peter was able to ride at and slightly above his low threshold, T1, to improve his speed. Working out in Zone 4 increases the lactate threshold and, through practice, Peter improved in his ability to hold the higher numbers, increasing his lactate tolerance and improving his speed.

For Peter, determining his maximum heart rate, identifying his zones and changing his training load and workout types resulted in improved performance. Without the data (his heart rate numbers), he would have been just “working out,” not training. Select a cardio activity. Let the client warm up adequately for 5–10 minutes. Ask him to select a high heart rate number that he thinks he can sustain for 4 minutes at an RPE of 6 (“hard”) on a 1–10 scale. Within the first minute of the test, have the client increase effort until he reaches the preselected high heart rate number, and then have him maintain that effort for the remaining 3 minutes. Record this heart rate number. Reduce effort using a 2-minute active recovery interval that lowers heart rate. At the end of this recovery period, repeat the 4-minute process. Record this heart rate number. Add the two recorded numbers together and divide by 2. This represents his first threshold, T1. End with an adequate cool-down.

Test 2: “Can You Speak Comfortably?” Let the client warm up adequately for 5–15 minutes. Each stage in this test is 2 minutes in duration. Starting at a heart rate of 110 bpm, have the client increase exercise effort 10 beats every 2 minutes.

At the 1:30 mark for each 2-minute exercise stage, have the client recite a verse, such as the Pledge of Allegiance, out loud. At the final moments of each stage and after the recitation, ask the client if she can speak comfortably. Instruct her to answer either “yes” or “uncertain.”

Record the client’s heart rate when she reaches an RPE of 6 (“hard”). The client should continue to increase exercise effort 10 beats every 2 minutes until the answer is “uncertain,” no matter when that occurs. Record the heart rate number in bpm. This number is the estimated second threshold, T2. End with a 5- to 10-minute cool-down.

In this field test, Dr. Carl Foster, professor of exercise and sport science at the University of Wisconsin, La Crosse, differentiates the first ventilatory threshold, T1, as an RPE of 6 on an intuitive perceived exertion scale. “When we test, we make note of the heart rate number at which our client is first “throaty” in response to the question, ‘Can you speak comfortably?’ T2, or high threshold, is when the person’s response to the question is ‘uncertain’ or ‘no’” (Foster et al. 2009). 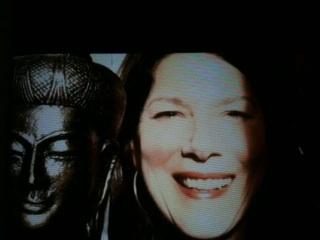 Laura Sachs is the creator of the E-MOTION® body-mind fitness video, relaxation and yoga walk programs. She is a mind-body expert with 20 years experience in the health and fitness field. She has created fitness content for the Soma Management website and has been featured in Shape, Fit Yoga, Natural Health, IDEA Fitness Journal and American Fitness. Laura currently teaches at the Bay Club, the Jewish Community Center and the University of San Francisco. She is also a level three trainer with Heart Zones.
Certifications: ACE and AFAA