Researchers uncover why training can make you smarter. 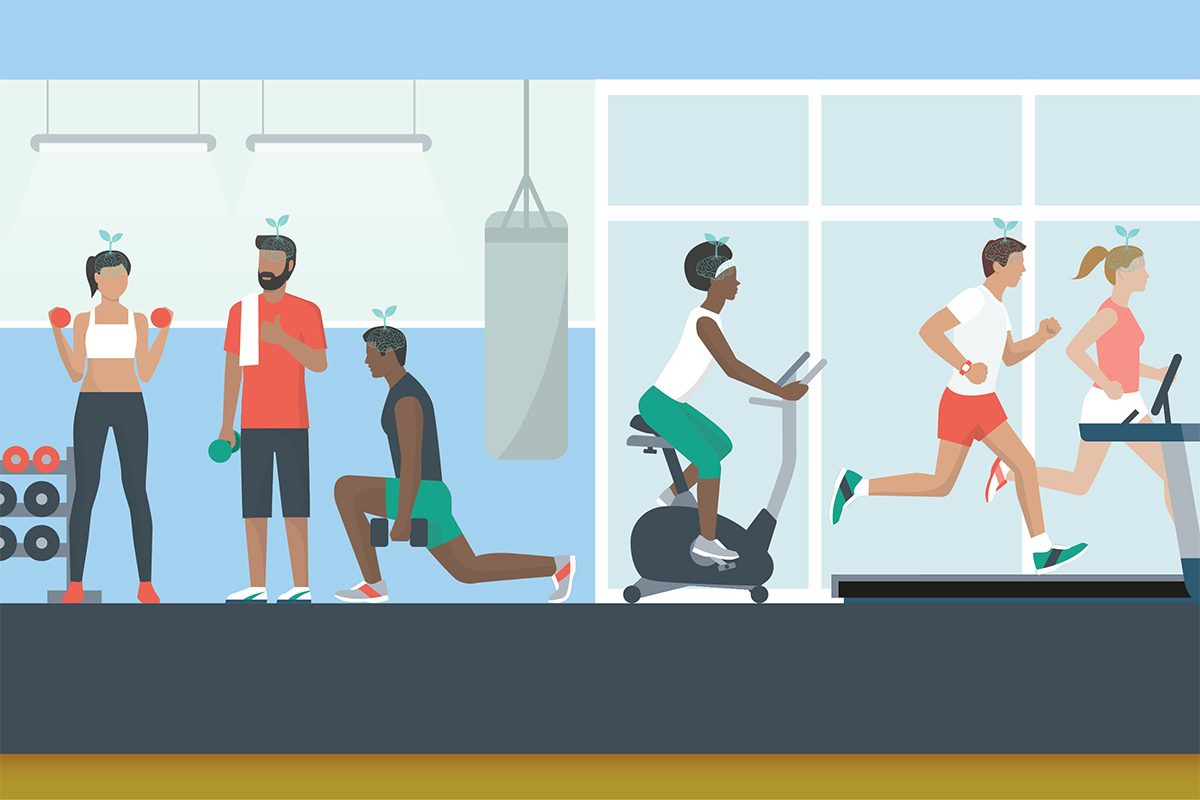 Someday soon, you may be able to design a training program that not only boosts motivation, mood and mental function but also has those benefits grounded in evidence-based science. Numerous studies show a link between exercise, particularly cardiovascular training, and improvements in brain fitness and functioning—memory, problem-solving and self-control (emotion regulation). What scientists had not resolved was the underlying mechanism for how increasing physical activity improves cognitive performance.

New research by Japanese scientists identifies brain dopaminergic function as the probable means by which aerobic activity stimulates growth factors in the brain and increases neuronal efficiency. Can fitness professionals design exercise programs to boost this system? Based on these findings, study authors suggest that, yes, this is a possibility.

“When we examined these relationships [between aerobic fitness, cognitive function and spontaneous eye blink rate] further, we found that the connection between higher aerobic fitness and enhanced cognitive function was mediated in part by dopaminergic regulation,” said Hideaki Soya, PhD, senior study author, Institute of Health and Sport Science, University of Tsukuba, Japan. demonstrating that moderate exercise improves both metabolic and brain function and that brain growth can be stimulated after only 2 weeks of mild exercise.