Niacin has some delicious benefits. 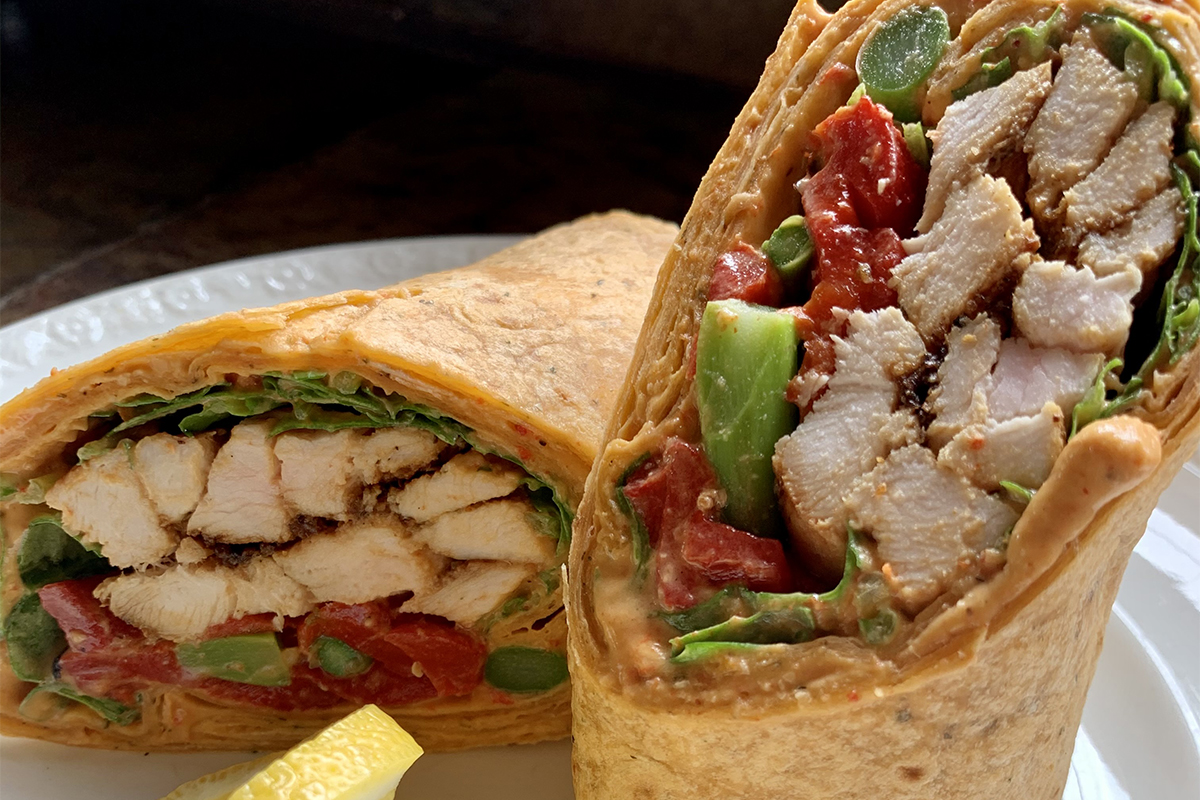 Here is some sobering news: Nearly half of adults in the United States have hypertension, and nearly half a million deaths yearly have included hypertension as a primary or contributing cause. Perhaps if more people ate foods rich in niacin—including chicken, tuna, salmon, avocado and peanut butter—it would take a bite out of the soaring blood pressure numbers.

According to a study in JAMA Network Open, adults who had an ideal level of dietary niacin intake (between 14.3 and 16.7 milligrams a day) had a lower risk of new-onset hypertension, defined as systolic blood pressure of 140 mm Hg or greater and/or diastolic blood pressure of 90 mm Hg or greater. While this link was discovered among people living in China, it may also apply to Americans at risk of hypertension. That makes these hummus chicken wraps a low-pressure lunch option.

Place asparagus in a steamer tray set over 1 inch of water. Bring water to a boil and steam asparagus covered until bright green and tender, about 3 minutes.  Spread an equal amount of hummus over the surface of each wrap. Place equal amounts of arugula, chicken, asparagus and roasted red pepper on the bottom third of the wraps. Squeeze on lemon juice. Roll tightly, folding the edges in as you roll, and then slice in half on a diagonal. Makes four servings.