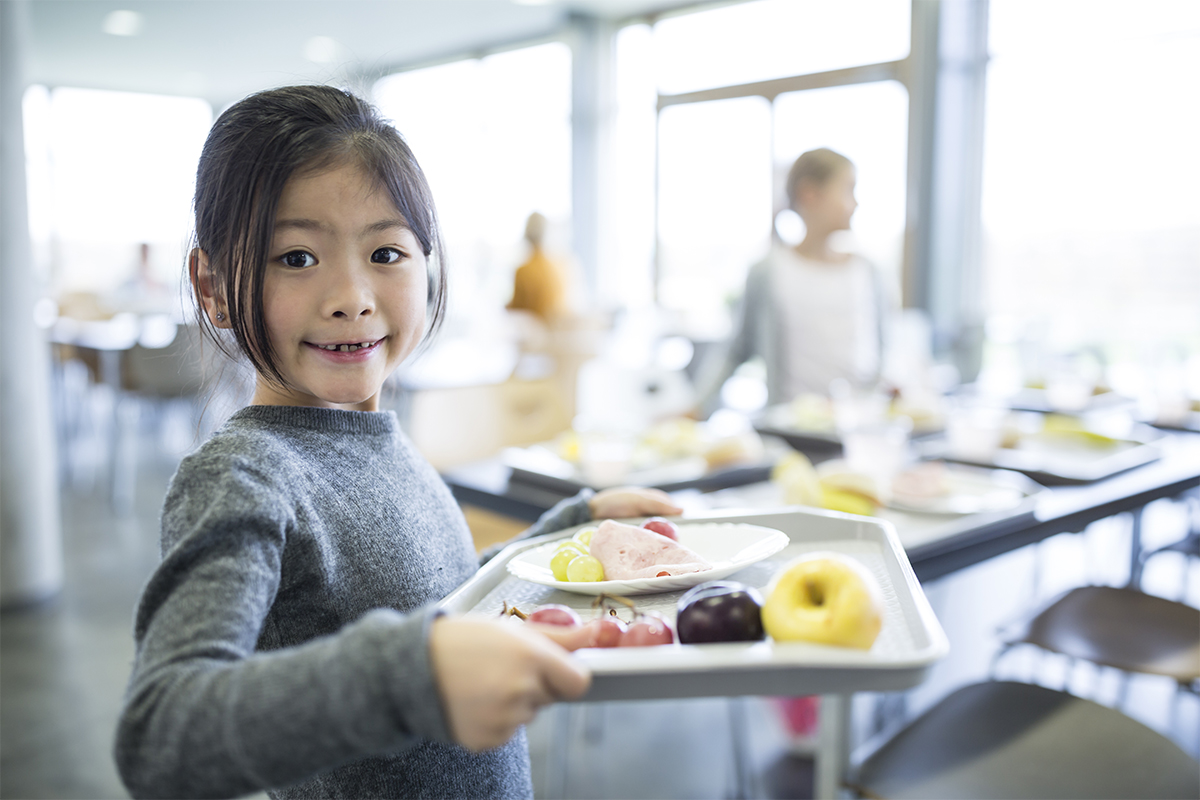 Since children eat up to two meals per day at school and can also get a big chunk of their daily physical activity there, it’s clear that the school setting and healthy school food can play a major role in combating obesity in young people. It’s an important lesson, as nearly 20% of children and adolescents in America are now considered obese.

A study in Preventive Medicine Reports examined the healthfulness of items offered in school lunches, vending machines and other school food offerings during one school year, as well as the number of indoor and outdoor physical activity facilities and opportunities offered in schools. The Rutgers University researchers looked at 90 public schools that serve 19,000 New Jersey students in low-income cities (Newark, Trenton, Camden and New Brunswick). The team found that healthier food offerings and a greater number of physical activity facilities were associated, on average, with lower body mass index in students. Schools that offered an additional unhealthy item in vending machines were associated with higher student body weight, and those with an additional outdoor physical activity facility were linked with lower student weight.

Since obese children are much more likely to become sick, obese adults, we clearly need to implement more programs that focus on promoting healthier school environments, especially in less affluent areas of the country. A proposed bill would give all meals free to all U.S. students.