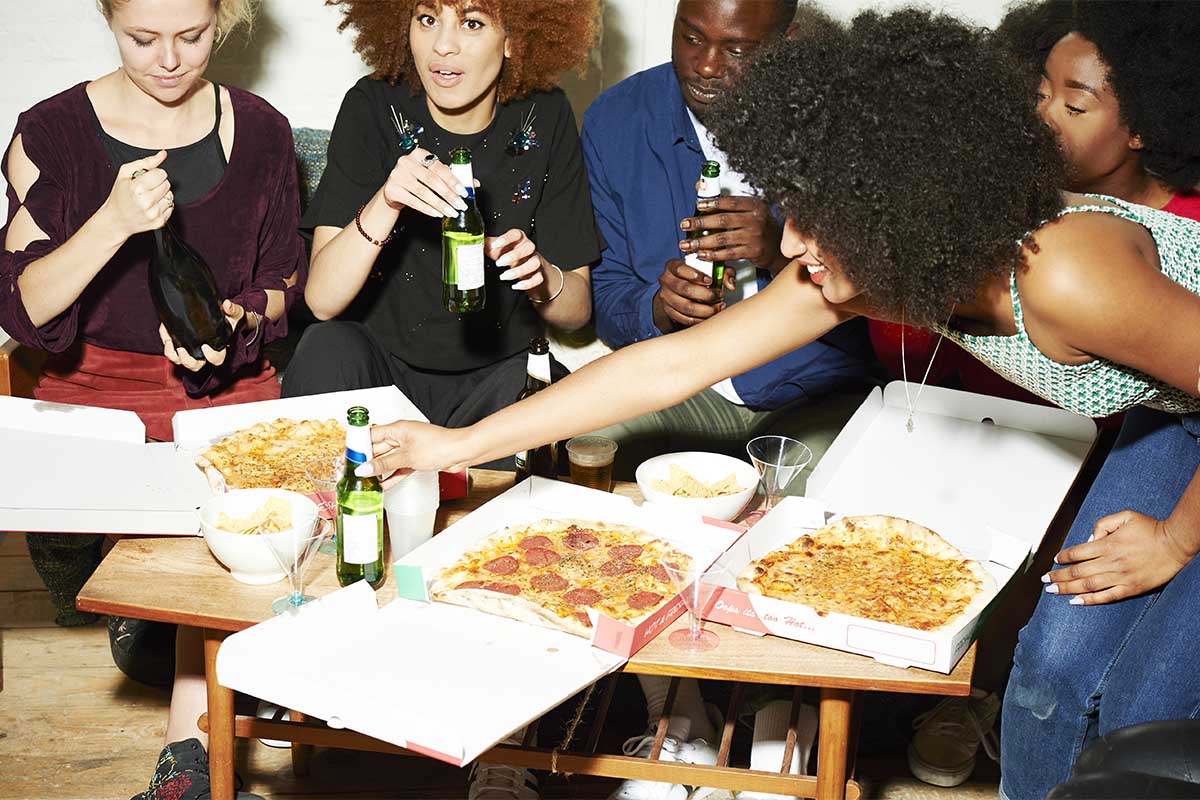 A British investigation that asked its participants to gorge on pizza found that, at least metabolically, humans may be able to cope surprisingly well with calorie gluttony at a single meal.

The British Journal of Nutrition found that healthy men (ages 22–33) who ate pizza beyond feeling full (about one-and-a-half large pizzas or, roughly, 3,100 calories) did not experience significant detriments in blood sugar and blood lipid (triglyceride) levels compared with when they consumed a lower-calorie meal. The body appears to be able to work a bit harder to control metabolism after a big meal.

This could be an evolutionary adaptation that once allowed human beings to deal with periods of feast or famine. However, feelings of lethargy were higher in study participants after the calorie tsunami, so we may be a lot less productive when we’ve eaten an excessive amount.

Note that this study doesn’t indicate what the outcome of gorging would be in a population of women or older individuals. And the findings do not diminish the long-term risks—including obesity—that result from prolonged periods of overconsumption. But this study does suggest that if otherwise healthy individuals with no disease conditions like diabetes occasionally overindulge, then there are no immediate, serious negative consequences in terms of losing metabolic control, and people should not beat themselves up for infrequently going overboard on cheesecake.