Are you being judged on your social media savvy and presence? See how social media is influencing the evaluation and perception of fitness instructors.

Exceptional group fitness instructors are influential. But is their influence an outcome of great instruction or its origin? When group fitness pros apply for a job, practical teaching skills and knowledge of exercise and movement top the list of “must-haves,” so what about social media influence? Is it relevant? It’s becoming more commonplace to judge group fitness candidates on their social media presence, but should this be the case?

Whether we like it or not, social media is being used as a background check of sorts in nearly all industries. According to a 2018 national survey conducted on behalf of CareerBuilder by Harris Poll, 70% of employers use social media to screen job candidates. Nearly half of respondents reported that they are less likely to interview someone they can’t find online. Even though the study is not fitness industry-specific, these are interesting findings.

Employers mentioned that they use social media to look for qualifications, professional online personalities, secondhand information, and “red flags”—or reasons not to hire a candidate (CareerBuilder 2018).

When I asked fitness instructors, managers, educators and facility owners if they used social media in this way, I received a wide range of responses. Opinions differed based on the respondent’s age and whether the instructor was an independent contractor or an employee, taught for a multipurpose health club or a boutique or studio, and worked full-time or part-time. My inquiry was not a controlled, scientific experiment, but the volume, variety and quality of responses I received highlight the need for a deeper look.

While many agree that using social media in this way is warranted, there’s a divide about whether analysis should include the number of followers as an “influence measurement.” As it turns out, there are three sides to this story: the good, the bad and the ugly.

Social Media Influence as a Positive

An instructor’s ability to motivate and steer participants to fall in love with a format (and return with a friend) should be celebrated. The ability to deliver safe, effective classes is vital. However, a desire to help promote the facility, both internally and externally, is becoming increasingly important.

Instructors have a direct line to dues, whether through member retention or acquisition, and dues generate a disproportionate amount of revenue in most facilities. While we can create incentives, clearly define expectations and model behavior around self-promotion, hiring an instructor with a built-in crowd immediately poised to affect revenue is a much quicker path to winning. Therefore, considering an applicant’s outside, personal influence (whether through social media or a personal network) and how it might positively benefit the facility is a good thing.

Liz Mintzer, former assistant director of fitness at The University of North Carolina at Chapel Hill and now an instructor based in California, was shocked at the number of people who oppose the role that social media influence might play in the group fitness world. “I imagine that social media presence is much more important when you teach in the boutique or luxury fitness setting, where the instructors and classes are the main value proposition and experience,” she says. “In this setting, I would 100% hire the full-time, experienced, skilled fitness professional who has a strong brand and following, both in person and online. I would also try to pay them accordingly and offer bonuses or incentives if they bring in more people.”

Mintzer also mentions experience and aptitude as primary deciding factors, and this was common among responses. However, several fitness professionals cited marketing potential as becoming more relevant in the competitive group fitness landscape. As multipurpose fitness facilities hold their own against studios and boutiques, all hands are on deck when it comes to getting potential members through the doors.

Beyond the dues angle, some managers and instructors equated a robust social presence with an understanding of technology, of the new fitness consumer and of what it currently takes to thrive as an instructor.

“Social media presence is an indicator that an instructor understands the world is changing, and he or she is capable of learning and connecting in new ways and possesses some amount of tech-savvy,” says Jenny Au, an instructor at The Edge Fitness Clubs, with locations in four Northeastern states. “Instructors need to be able to download music/videos, share/exchange files, make playlists on the fly, use digital controls in the studio, and [be comfortable with] online learning and collaboration tools. However, I think the number-one reason is that the best instructors are on social media. We learn and grow through others, and it’s nearly impossible to stay ‘with it’ in this day and age without being on social media. Social media is often the best way to discover, connect and stay connected with trainers, mentors, thought leaders or even peers at other clubs.”

Several managers mentioned that the number of social followers a candidate has is not as important as the content he or she is sharing. In many modalities, group fitness has moved toward a coaching style that requires the instructor to educate and empower participants. Previewing the types of “nuggets” an instructor might share is considered relevant.

“The instructor doesn’t necessarily have to be an influencer for me to hire him or her,” says Steven Trotter, owner of Globetrotter Wellness Solutions in Wilmington, North Carolina. “I still look at social media, but I focus more on the quality of the content than [the] following.”

Social Media Influence as a Negative

A manager can learn a lot about a potential instructor’s degree of influence and areas of expertise—or even a candidate’s level of “professionalism”—through social media. However, that doesn’t mean the person with the best Facebook page is the one to hire. It’s a huge mistake to presume that influence or perfectly crafted fitness-inspired posting equals quality teaching skills. Correlating influence with ability was the number-one criticism voiced by those opposing the use of social media as a metric.

An instructor who prefers to remain anonymous said, “Social media presence has nothing to do with skill, professionalism, drive, goals, passion, etc. Just because [people] can be good at portraying a fit and healthy lifestyle online doesn’t mean that they’re practicing what they preach, that they care about others in a way that’s necessary for fitness professionals, or that they are safe and skilled instructors.”

Even respondents opposed to using an instructor’s social profile as a screening tool mentioned the desire to have instructors assist in marketing their classes and other club activities after hiring. But an interesting perspective continued to surface regarding this expectation without compensation. “I think too many gyms expect instructors to do their marketing for them, but they aren’t paying instructors for the additional time and expense it takes to market your classes,” says Abigail Zenner, a group fitness instructor in the Washington, D.C., area.

Of course, there’s also a concern that some great instructors aren’t on social media. While the Harris Poll showed that plenty of employers would not consider a candidate without a social profile, we may be eliminating great instructors who don’t want the drama, don’t have the time, or remain private for the sake of their families. Not all instructors who are active in the fitness space are simultaneously trying to become presenters, go out on their own or even work at other facilities; thus, they don’t need to promote themselves or gain followers. Should this be frowned upon or celebrated?

When Social Media Gets Ugly

An ugly side exists to the increased attention paid to an instructor’s ability to create a fan base. The number of participants in a class has always been used to determine class value, but do numbers tell the whole story? Of course we want packed rooms. Packed rooms have energy. Energy equals fun. Fun generates raving fans. But at what cost?

When teaching turns into an influencer competition, it may inadvertently limit the effectiveness of programming. Popularity contests and incentives based solely on the ability to sell out classes can backfire. What means might an instructor employ to achieve the highest numbers? Lest we forget, whether you hire for a built-in fan base or you herald the building of an individual class versus your program as a whole, you run the risk of a strong influencer parting ways with you and taking everyone she brought with her.

Christine DeFillipis, owner of Pop Fit Studio in Havertown, Pennsylvania, voiced her concern: “If someone has a strong following—and he or she brings students to my studio—it may sound great, but should [the instructor] ever leave, he or she would likely take [those] followers with them. I never want to build my business completely around an instructor. It’s kind of like hairdressers—they bring their clients but can easily take them with them when they leave.”

Another potential landmine is the legality of using social media as a tool for hiring decisions. Les Rosen, founder and CEO of Employment Screening Resources, discussed the topic at the Society for Human Resource Management 2018 Talent Conference & Exposition. While admitting that the information you can find about a candidate may be useful, he warned, “If you use it incorrectly, there’s a world of privacy and discrimination problems that could arise (Maurer 2018).”

He further explained: “Screening social media can lead to allegations of discrimination under Title VII [of the Civil Rights Act of 1964] and numerous state laws if the candidate does not get the job. To avoid a lawsuit, you need objective, consistent and documented procedures to demonstrate information found online is a valid predictor of job performance and [is] used fairly (Maurer 2018).”

It’s best to discuss the use of social media with your owner or human resources department before establishing this as a standard part of your pre-employment screening.

Suzy Yeagley, owner of Bloomington Body Bar in Bloomington, Indiana, sums it up perfectly: “Instructors need to be hired based on the values and skills they bring to the business. Everything is on the table because a teacher needs to be many things. Most of all, they should be aligned with the studio philosophy or contribute skills that are needed and missing from the current team. The power of your studio lies in its strength as a whole, not in any one individual. Everything is connected to everything else!”

CareerBuilder. 2008. More than half of employers have found content on social media that caused them not to hire a candidate, according to recent CareerBuilder survey. Accessed Dec. 14, 2018: press.careerbuilder.com/2018-08-09-More-Than-Half-of-Employers-Have-Found-Content-on-Social-Media-That-Caused-Them-NOT-to-Hire-a-Candidate-According-to-Recent-CareerBuilder-Survey.
Maurer, R. 2018. Screening candidates’ social media may lead to TMI, discrimination claims. Society for Human Resource Management. Accessed Nov. 2018: shrm.org/resourcesandtools/hr-topics/talent-acquisition/pages/screening-social-media-discrimination-claims.aspx. 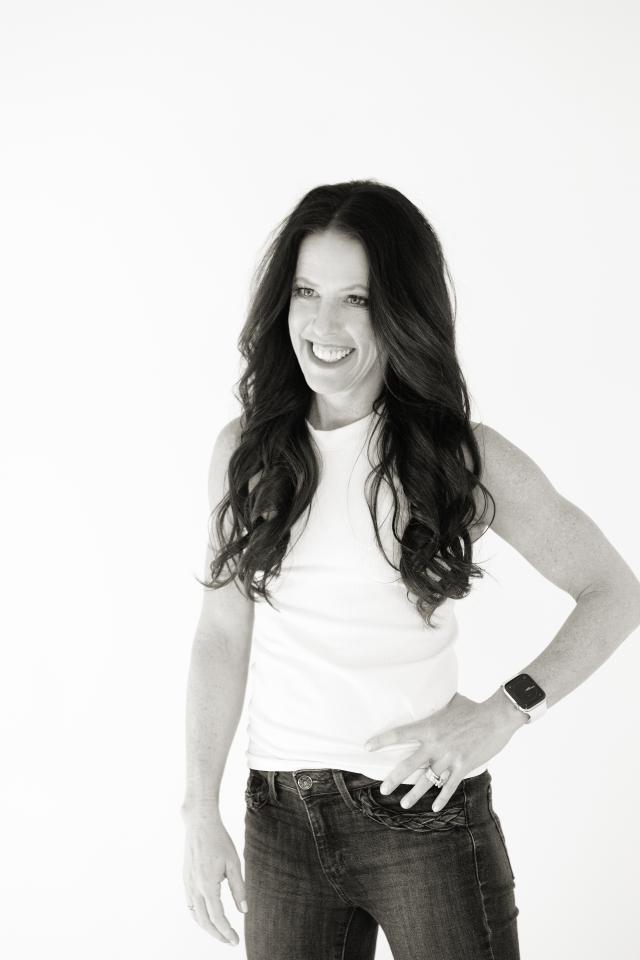 Shannon Fable is a sought-after speaker, author and thought leader in the area of fitness business development and strategic innovation. She has spent more than two decades helping impressive brands such as Anytime Fitness, ACE, FIT4MOM® and BOSU® with business and program development. Fable served as chair of the ACE Board of Directors and is the co-founder of GroupEx PRO®, a cloud-based group fitness management tool that she successfully sold to Daxko in 2019. As a certified Book Yourself Solid® business coach, she helps fitness professionals navigate the industry to build scalable and sustainable careers.